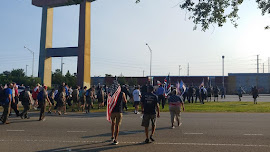 We were honored to participate in two events this weekend to remember and honor those lost on September 11 th , 2001. The 8 th annual 9/11 Silent Walk had a group come together as first responders and a community to walk 5.7 miles across the Ravenel Bridge ending on the flight deck of the USS Yorktown. We came together with our Fire Department and formed TEAM MOUNT PLEASANT to participate in the 10 th annual 9/11 Heroes Run for the Travis Manion Foundation. This year we created a new shirt and had 36 participants which was our biggest group yet!
Post a Comment
Read more 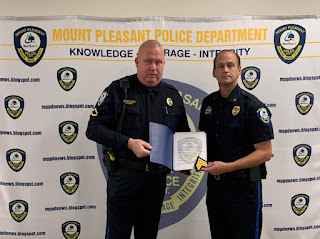 Earlier this week Chief Arnold promoted Dan Eckert to the rank of sergeant and Tony Winstead to the rank of senior sergeant.  Sergeant Eckert will be assigned as a field operations supervisor.  The senior sergeant recognition comes after serving for ten years as a sergeant. Congratulations to Senior Sergeant Winstead. We appreciate your continued leadership!
Post a Comment
Read more 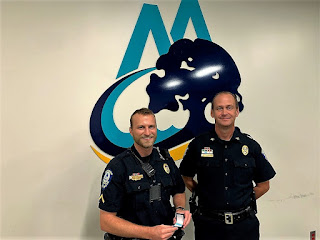 PFC Cooper Upson was presented with a live saving award by Chief Arnold. Over the summer, PFC Upson responded to a call involving an unresponsive person who was experiencing an overdose. PFC Upson arrived quickly and administered Narcan to the person. After receiving Narcan, the person regained consciousnesses and was able to be taken for further treatment.
Post a Comment
Read more

Look who has joined us! 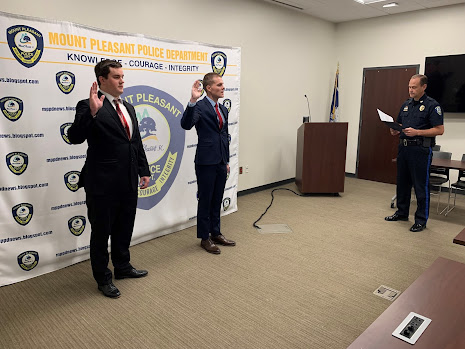 Officer Richard Rebbert and Officer Brayden Knudsen were sworn into the agency by Chief Arnold today. Officer Rebbert holds a master’s degree in Criminology from George Mason University and Officer Knudsen holds a bachelor’s degree in Criminology from the University of Iowa. Please welcome our new officers to our community.
Post a Comment
Read more 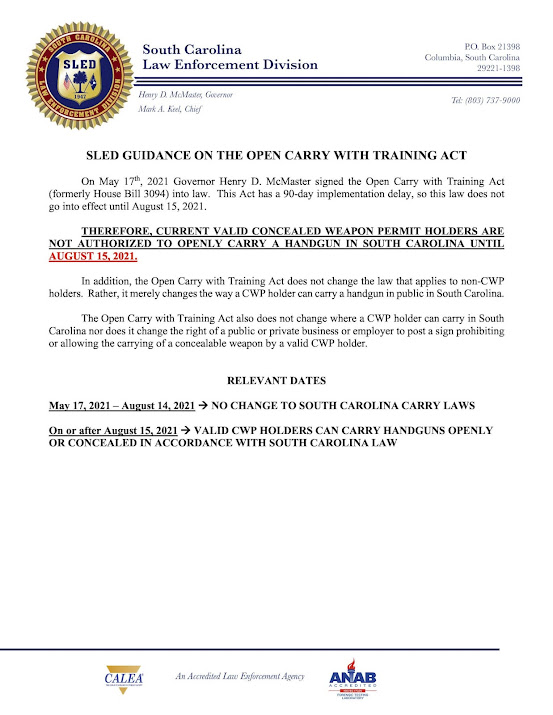 On Sunday August 15th the Open Carry with Training Act goes into effect. Here are some things we want the public to know: -South Carolina joins 45 other states which allow open carry of a firearm. -People with current concealed weapons permits will legally be able to open carry their firearms in public. -Current restrictions on where the firearms can and cannot be carried will still apply including posted “NO CONCEALABLE FIREARMS” signs. -If you wish to open carry, you must have a current concealed weapons permit and the firearm needs to be less than 12 inches in length along its greatest dimension. -The same number of individuals who were able to legally carry a firearm concealed before August 15th will now be able to carry a firearm openly. These are the same firearms that were already legally being carried except now they will be visible. The Mount Pleasant Police Department will continue to protect the safety of our community and the constitutional rights of all. h
Post a Comment
Read more 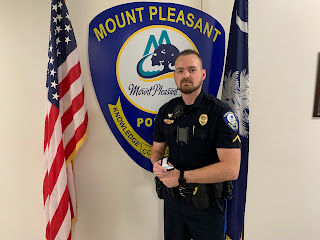 PFC J. Alexander was recognized with the Lifesaving Award for his actions after a traffic crash in May. A vehicle ran off the road, through a metal barrier, and crashed into the marsh. PFC Alexander climbed down to the vehicle to find that the driver was unconscious, unresponsive, and appeared to be experiencing an overdose. PFC Alexander administered Narcan which allowed the driver to regain consciousness before being transported to the hospital. Congratulations and job well done! PFC Jacksa was recognized with the Lifesaving Award for his actions in June. PFC Jacksa was the first officer on scene after first responders were sent to a call for an overdose. PFC Jacksa was able to quickly asses the situation and administer Narcan. The patient responded to the Narcan, regained consciousness, and was treated by EMS. Congratulations and job well done!
Post a Comment
Read more 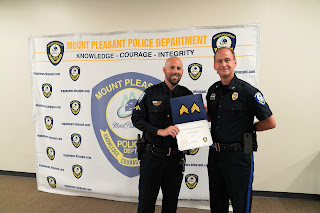